On the morning of December 24, the leadership from 14 provincial vehicle manufacturers such as GAC FCA, Changfeng, GMC Mitsubishi, SAIC Volkswagen and etc. were gathered at the Changsha new production base of Leopard and pushed the off-line “Start Button” upon the announcement of Mr. Zhang Jianfei, vice governor of Hunan Province, marking the 1 millionth vehicle production is officially off line in Hunan Province! 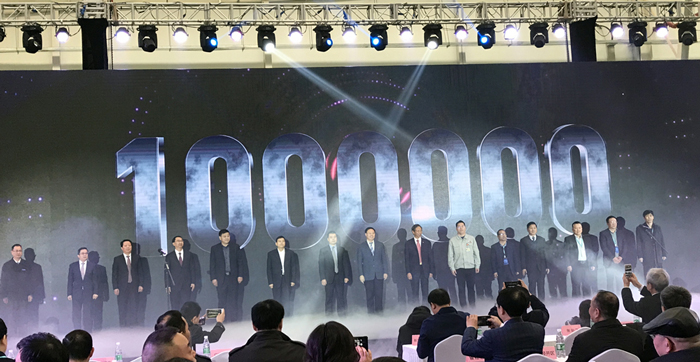 The vehicle manufacturing in Hunan incubated in the 1960’s. Although with twists and turns, the automobiles industry in the province has leapt forward in quality and quantity. GAC FCA has gave tremendous impetus by delivering Viaggio and Cherokee. Jeep at present has evolved into an eye-catching “Made in Hunan” brand nationwide. The Company will strive to enhance intelligent manufacturing to play a bigger role in developing the provincial vehicle industry and boosting regional economic and social development.